Book Review | Lights Out: Pride, Delusion, and the Fall of General Electric

Book Review | Lights Out: Pride, Delusion, and the Fall of General Electric by Thomas Gryta and Ted Mann

Book Review | Lights Out: Pride, Delusion, and the Fall of General Electric

“One fast track to getting the attention of GE’s CFO was to win the Corporate Audit Staff Honour, an award that went by its acronym: CASH. The honour typically went to staffers who had found large beneficial accounting adjustments – ways to tweak the numbers, within the bounds of the law, that boosted the profits GE would report to Wall Street….”.

This book is particularly interesting as charts the fall of one of the largest companies ever assembled, whose history includes J.P Morgan and Thomas Eddison. Its particular focus is on the succession of General Electric’s legendary CEO Jack Welch, to Jeff Immelt and the subsequent decline in the firms dominance. 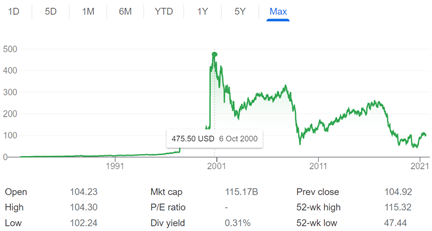 Its authors explain a vast number of pitfalls management fell into, which included:

One of the most obvious was the accounting tricks it engaged in. Remarkably, yearly accounting amounted to establishing what they wanted the growth figures to be (say 15% top-line revenue growth) and then working to back fill the numbers in order to reach that outcome. GE’s management under Immelt were obsessed with meeting and slightly beating the expectations of Wall Street Analysts, hence the temptation to “engineer” its results first and worrying about its structural decline later. This masked the structural flaws in its business model, which was also covered by lofty projections of future growth. Worse still, awards were given to staff members who could suggest changes in GE’s accounting treatments that would boost profits, which again, masked the businesses true performance.

GE had a business structure that was deeply complex, clouding its strategic direction. At one stage it sold lighting, appliances, movies, aviation, financing (the opaquest of them all), healthcare and even railway cars. The diversity of these subsidiaries was proposed as a safeguard from downturns, yet in time proved to overextend GE, as the individual divisions were unable to adapt and excel in their own silos.

Jeff Immelt made ambitious projections for GE’s future repeatedly but was notoriously vague on how he would achieve this. He pledged that the business would deliver sustainable organic growth that was “double or triple” the Global GDP, which was 3.8% at the time (2005). The Harvard Business Review was perplexed at such projections: “no company has ever achieved the kind of growth GE is seeking and certainly not on a revenue base of $150 billion”. All the while, the strategy pronounced by Immelt to achieve these results were made in “broad, vague strokes”. This reveals why the title references “Pride and “Delusion”, preceding the “Fall”.